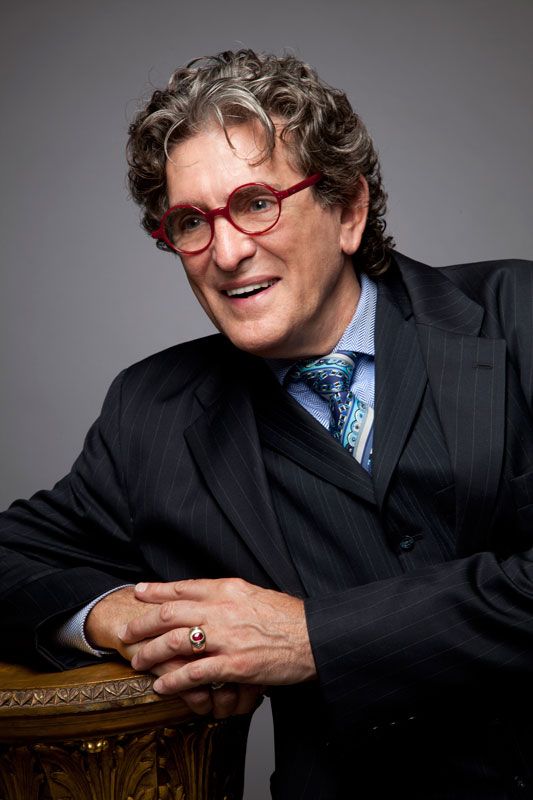 As grandson of Charles Pavarini, Sr., Charles Pavarini III has reinterpreted the legacy of the Pavarini Construction Company, known for creating historic landmarks including the Seagram Tower, the United Nations, the State Theater at Lincoln Center, and numerous other landmark buildings in New York City and throughout the world. Pavarini’s design style has evolved into a highly poetic blend of traditional and contemporary design elements, carefully developed from a strong interior concept. All of his projects hinge around a powerful central design theme and maintain a certain ‘vision’ which is always dramatically executed given Charles’ keen sense of color, style, and use of lighting as a ‘design tool’. Having sat on the board of directors of the Designer’s Lighting Forum of New York for twenty-five years, he has a refined approach to interior design always staged with strong focal points and exacting lighting technique to harness the artistic and architectural vernacular of the spaces he designs. His extensive experience in the Performing Arts as performer, costume designer and set designer qualify him to conceive projects of any scale and proportion with great dignity and an unmatched passion for mood.

For the Fortieth Anniversary of the Kips Bay Decorator Showhouse in March 2012, Charles was invited to participate in the Kips Bay Decorator Showhouse and contributed with “Black, White and RED All Over”, a sumptuous minimalist contemporary bedroom in-keeping with the aesthetic of the new high-rise condominium venue. In March 2009, in honor of Albert Hadley, Charles Pavarini III Design Associates Inc. (CPDA) was also invited to participate in the 37th Annual Kips Baby Decorator Showhouse. “ The Lounge ”, a massive 25’x40’ room, embodied all of the concepts of his ‘vision’. Charles also participated in 2006 with his sumptuous bedroom “ Buonanotte ” and in 2003 with “ Cabin 17: A Luxury Stateroom on a Private Yacht”. The press quickly caught-on to his achievements with each appearance, and articles were published nation-wide in The Washington Post, The Daily News, The New York Times, and many others. A veteran showhouse designer, he has appeared in over 20 Showhouses throughout his 25-year-long-career. The work of Charles Pavarini III has been widely recognized throughout the United States for its diversity and ‘livability’. Whether it be the cozy mountain hideaways, desert retreats or Park Avenue penthouses, his projects have a recognizable flare as witnessed in his impeccable workmanship, creative use of Folk Art, Fine Art, sculpture, and ‘magical’ effects that awe and amuse in a very theatrical yet livable manner. Charles believes the soul illuminates when giving back to others and has consistently dedicated himself to philanthropy throughout his career. In 2005, Charles spearheaded a new fundraising venue for the Kips Bay Boys and Girls Club of NY: The Dinner Dance Cruise. Taking place on the Princess Yacht, the event has become an industry favorite and has generated tremendous revenue for the charity. Charles has also conceived and produced numerous fundraisers for Broadway Cares-Equity Fights AIDS, the March of Dimes, the Starlight Foundation, the ASID Metro Chapter, and Susan G. Komen For the Cure. He is currently on the board of Trustees for the Summer Theatre of New Canaan (STONC) once again conceived and produced a major fundraiser In Spring of 2010, aligning Christie’s Great Estates with the charity and the design community in a Broadway-inspired table-top show at Le Beau Chateau Estate in New Canaan. In 2008, CPDA was sought-after to redefine and recreate one of New York’s historical and architectural jewels, The Apthorp, an historic landmark building commissioned by the Astor Family and conceived by the renowned Clinton & Russell architects in the early 20th century. CPDA, chosen not only for its expertise in European style and taste, but for its specialty of “Architectural Interiors,” was contracted to redesign the exterior lighting, to re-decorate the public hallways and elevator cabs, and to provide decorative plans for the complete redesign and refurbishment of 19 apartments for resale. It was the firm’s intention to retain the character, feeling and old-world beauty of the Apthorp, while reinterpreting it for the 21st century.

That same year, CPDA participated in the Holiday House, a showhouse for the Susan G. Komen Cure for Breast Cancer. Again, CPDA received extraordinary acclaim by numerous publications including high praise by Mario Buotta, the honorary chair person, during his interview on Joan Hamberg’s radio show. To further benefit Susan G. Komen for the Cure, CPDA hosted a 4-course Celebrity Dinner in the room, which was sponsored by Sonnier & Castle and The Wine Enthusiast. The work of Charles Pavarini III has been recognized by numerous organizations throughout the design industry. He served as President of the N.Y. Chapter of ISID and was subsequently appointed ‘International Representative’. He received numerous Presidential Citations from ISID as well as ASID for his contribution and outstanding work. Charles later became facilitator for the formulation of the International Interior Design Association (IIDA) and remains a charter member. In addition, he has served and continues to serve on the Board of Directors of the Designers Lighting Forum of New York. Furthermore, Charles plays an increasingly active role in the New York Metro Chapter of ASID. For ASID, he hosted a lecture on Art in Interior Design at the ArtExpo on March 25, 2010. He is also a member of The International Furnishings and Design Association (IFDA) and the recipient of the Circle of Excellence Award for Interior Design: 2010-2011 Interior Designer of the Year which was presented May 4, 2010 by the renowned furniture designer, Dakota Jackson. He has also received 2 awards given by IIDA for his last two showhouse rooms, “ The Pavarini Thanksgiving” and “ The Lounge”.

Furthermore, he has been nominated to the Advisory Board of The New York School of Interior Design by Dr. Christopher Cyphers, President. For 2014, Pavarini has already won a prestigious International Property Award for Residential Design of the Americas that was presented on December 6, 2013. Charles has been an award-winning designer from the beginning of his career, winning the bronze medal of achievement from the New York School of Interior Design. This led him to his first job assisting legendary Ruben de Saavedra, ASID, before he later started his own company. As Founder and President of CPDA, Charles was the recipient of a Resource Council Award and has been responsible for winning 12 awards for Excellence in Interior Design and Product Design by the International Interior Design Association (IIDA) over the past few years. He has also received numerous citations from ISID and ASID throughout his career. In August of 2011, Charles was appointed Chairman of the Designer’s Committee for the world-renown Kips Bay Designer Showhouse. The appointment is a significant honor within the design world and Charles greets the challenge with tremendous creativity and enthusiasm.

Dedicated to serving on the boards of numerous Interior Design-related organizations such as ISID, ASID and IIDA nationwide, his authority within the industry is well-known. Currently he is developing lines of lighting and other types of product that should debut in the coming seasons.

In addition to his interest within the field of Interior Design, Charles’ extensive background in theater as performer, costume designer, and scenic designer/stylist still plays an avid role in his life.