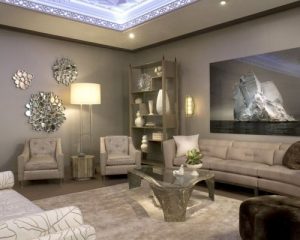 Interior designer Bunny Williams has been named Chairperson of the 40th annual Kips Bay Boys & Girls Club Decorator Show House, which opens in April 2012. As Chair of the event, Williams will set the decorative tone for the Show House and oversee the design committee, providing leadership in the growth and evolution of the Kips Bay Decorator Show House brand. She will replace Pat Carey who has served as Chairman for the Show House for the past nine years.

At the same time, Charles Pavarini III has been named Chairman of the Design Committee, and will be responsible for leading the design committee in raising awareness, marketing and fundraising for the Kips Bay Boys & Girls Club. He replaces Dick Ridge and Roderick Denault, who have both dedicated many years in service to the design committee and the show house.

Williams has been a long-standing supporter of the Boys & Girls Club and the Show House and has created some of the Show House’s most memorable rooms over the years. Pavarini has also created a number of inspiring rooms for past show houses and has led various fundraising programs for Kips Bay, including the annual Designer Cruise and other important initiatives.